An innovative technology for WEEE recycling in Ghana

How can the practice of WEEE recycling in Ghana be improved through a technology transfer from Germany? This question is being addressed by a project led by Fraunhofer UMSICHT and funded by the German Federal Ministry for the Environment. The aim of the project is to examine how the existing treatment can be supplemented by thermochemical methods and optimised distribution channels. This can increase the added value locally and at the same time reduce the environmental and health impacts. The study is being conducted by Fraunhofer UMSICHT, Sulzbach-Rosenberg branch, in cooperation with Blackforest Solutions GmbH (BFS) and German RETech Partnership e.V. as well as local authorities, companies and initiatives.

Waste electronic and electrical equipment (WEEE) is one of the fastest growing waste streams. Annual exports of WEEE from the EU alone are estimated at at least 1.5 million tonnes. A large part of this ends up in West Africa. There, WEEE that can no longer be repaired is often collected, dismantled and partially recycled in the informal sector - largely by unskilled workers and without sufficient occupational and environmental protection. Despite the dangers to people and the environment that arise, for example, from the uncontrolled burning of cables, WEEE recycling is an important source of income. In the cities of Accra (Ghana) and Lagos (Nigeria) alone, it secures the livelihoods of more than 30,000 people.

A formal recycling sector is also emerging, which is striving for ecologically sound WEEE processing and investing in processing technologies. The facilities available in Ghana so far are limited to manual dismantling and partly mechanical shredding and sorting. Fractions such as printed circuit boards, plastic housings, screens, cable granulate or batteries are produced. But there is only a limited number of local customers for these fractions, such as copper smelters or plastics recyclers. As a result, most waste fractions rich in precious metals are exported. This places tight limits on local value creation and the revenues of local treatment companies.

This is where the current project comes in: innovative downstream treatment processes, for example an thermocemical process developed by Fraunhofer, is to supplement manual and mechanical separation as a additional technology in Ghana. The primary goal here is to bring the metals contained in the WEEE into efficient recycling processes. At the same time, waste containing environmentally harmful substances, e.g. flame-retardant plastic housings, is to be disposed of safely.

As an example, in the Fraunhofer process, WEEE fractions are thermally decomposed in the absence of oxygen and the metals are enriched in a solid residue. The plastics contained are largely converted into energy sources with a high energetic value in the form of oil and gas. In addition to copper, up to 19 other metals such as gold or platinum can be recovered from the metal concentrate in the copper recycling route. This can be illustrated using the example of a desktop PC: While such a device is traded at the Agbogbloshie landfill for the equivalent of about EUR 1.54, the thermochemical process combined with downstream metal recycling alone could recover metals worth about EUR 20.80. In addition, the resulting oils and gases can be used for energy recovery.

Local value creation could be increased many times over through such new downstream technologies. On the one hand, the income opportunities for the local people would increase, and on the other hand, the environmental and health hazards would decrease.

The technical and economic concept development is to be carried out with the participation of Ghanaian ministries, companies and authorities as well as in close coordination with already existing initiatives in the field of WEEE collection and treatment. Existing knowledge and infrastructures from ongoing projects will be included, especially the activities in the »E-Waste Programme«, which is supported by GIZ and KfW.

In order to be able to assess the application possibilities of the process, the technical and economic feasibility as well as the ecological advantages under the conditions in Ghana will be examined in the project. If the results are positive, the recycling model could be transferred to other countries with a similar situation, for example Nigeria, Rwanda or Côte d'Ivoire.

The project, entitled EAG2-Rec, is funded by the German Federal Minstry for the Environment as part of the Environmental Technologies Export Initiative. The project started in January 2022 and will run for 2 years.

As the worlds leading application oriented research organisation Fraunhofer not only assesses the waste management of today, but we also develop and implement recycling technologies for tomorrow. 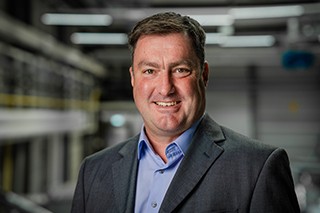