The availability of renewable energy, such as wind or solar is subject to natural fluctuations. Therefore, even with large scale deployment of new renewable energy plants, the electricity produced will not always be able to meet actual demand. Balancing of these fluctuations is a necessity and can be achieved either by utilizing flexible fossil power plants, or by introducing suitable energy storage systems. These can be used to store excess energy from renewables when there is a low demand and can be discharged when demand exceeds production accordingly.

The newly established Center for Energy Storage focuses on research & development of integrated and decentralized conversion and energy storage technologies. These include mobile and high temperature heat storage systems, as well as chemical conversion processes, such as pyrolysis and methanol synthesis for production of storable liquid and solid fuels from residual waste streams. A further part of the work is dedicated to the analysis and subsequent integration of these novel technology concepts in the energy landscape, covering the various aspects of regulation, grid requirements and social acceptance. The Center aids companies and interested municipalities to assess the full potential of renewable energy technologies from the development of the process to the plant demonstration on site.

The Center was founded by the Fraunhofer Institute UMSICHT and IGB in Sulzbach-Rosenberg and Straubing in 2012. It is financed by the Bavarian Ministery of Economy, Infrastructure, Transportation and Technology with the target to support the German energy turnaround, also known as the “Energiewende”.

The work within the Center focuses on for areas:

The Fraunhofer-Gesellschaft is the leading organization for applied research in Europe. Its research activities are conducted by 67 institutes and research units at locations throughout Germany. The Fraunhofer-Gesellschaft employs a staff of 24,000, who work with an annual research budget totaling more than 2.1 billion euros. Of this sum, more than 1.8 billion euros is generated through contract research. More than 70 percent of the Fraunhofer-Gesellschaft’s contract research revenue is derived from contracts with industry and from publicly financed research projects.  International collaborations with excellent research partners and innovative companies around the world ensure direct access to regions of the greatest importance to present and future scientific progress and economic development. 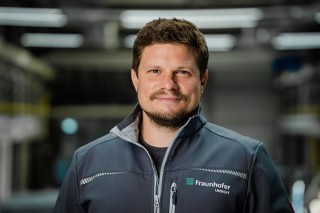